After Covid-19, will the global supply chain expand to more countries and be stronger than ever?

Globalization is going through the biggest stress test since the 2008 global financial crisis.

However, you want to understand why the drivers of economic integration become stronger than many people think, consider the example of a kitchen equipment manufacturing center.

Globalization has allowed the flow of goods, services, and people to be freely and freely circulated among nations. But to achieve that, globalization has gone through four years of struggle, overcoming political assaults to become strong. And then the coronavirus outbreak suddenly occurred and could seriously hurt globalization, when supply chains were disrupted in a series.

Trump's tariff barriers, which have lasted for two years, are not nearly as dangerous as the outbreak of the coronavirus - even though it has been around for more than a month and now stands out as a potential threat towards 21st-century globalization.

Economists at Allianz estimate that the coronavirus outbreak and efforts to prevent the virus will cost world goods and services exports $ 320 billion a quarter, even greater than the annual losses from the US-China trade war.

It is not an exaggeration to say that the process of globalization that has helped shape global trade in the past 40 years has suffered the biggest blow since the financial crisis a year ago or the attacks. There will be one or two quarters with relatively poor results for global trade in goods and services, and will lead to fears of recession and whether policymakers will bring up or whether they have the right tools to deal with it or not.

However, it is not wrong to assume that: Globalization will become more resilient and more stable when going through wars like this. If you focus on physical goods trade as a sign of globalization, you ignore the other elements of this process, such as the dependence on foreign sales of US-listed businesses or the flow data and initiatives that are likely to stand firm in a pandemic.

Globalization critics are catching the epidemic period and raising concerns about China's over-reliance on everything from antibiotics, masks to pigments.

Globalization is out of control, said Wilbur Ross, US Secretary of Commerce, on Feb. 6 at the Oxford Union. Here, he defended Mr. Trump's tariff barriers by complaining: "At present, it takes 200 suppliers in 43 countries on 6 continents to produce iPhones."

The Trump administration's tariffs are sure to accelerate the trend of moving production back home or locally. However, the beneficiary countries are clearly Vietnam, Mexico or Eastern Europe, not the United States. And in many cases, even as the location of final product assembly changes, components from China and parent companies from China remain an important part of this equation.

According to a World Bank study published in 2019, trade tied to the global supply chain has actually decreased since the financial crisis in 2018. Parts trade has slowed and actually decreased. in the period of 2011-2014, partly because China increased the production of many domestic components.

But Caroline Freund, Director of Trade, Integration and Climate Investment at the World Bank, said it would be wrong to see it as a sign of globalization.

"Although the supply chains have stopped expanding, there is no evidence that they are shrinking," she said.

She adds, it is still unclear whether even the shock arising from the coronavirus outbreak in China will change that.

“That shock has to be so big that you want to change the structure of the production. And it is not clear whether it is now or not, ”Ms. Freund said.

The number of companies participating in the global supply chain is enormous. At least 51,000 companies worldwide have one or more tier 1 supplier in affected areas of China, according to Dun & Bradstreet. An additional 5 million global companies have at least one tier II supplier in the Chinese affected region, including 938 Fortune 1000 companies.

Vasco Carvalho, an economist at Cambridge University and who studied the closest major supply chain shock that struck the global economy, said the impact of the coronavirus seems to be much more complicated.

He also argued that companies are now facing a difficult choice between continuing to participate in the current fragile global supply chain or to bear higher production costs at home in the context of emergencies.

"We are entering a more volatile world, and to accommodate that uncertainty, there is a possibility that some companies may be able to downsize," he said. So it comes to the supply chain. I just think that you have to accept the current fragility or the cost of production will increase. "

Short-term losses in production seem to have far exceeded the losses from the US-China trade war in the past two years, said Kyle Handley, an economist at the University of Michigan. He and his colleagues at the Census Bureau and the Federal Reserve Committee have calculated the cost of those taxes on U.S. companies.

This situation is mainly due to the difficulty of moving the supply chain out of China for many components. Adding to the difficulty is the shortage of supply due to the closure of factories due to viruses, not merely an increase in costs, Mr. Handley said. Moreover, this time, companies around the world, along with US companies, are looking for alternative suppliers to avoid tariff barriers.

Since the 2011 disaster in Japan - accompanied by a year of flooding in Thailand, many multinational companies have learned to better deal with disasters and other threats to production by diversifying production sites. There are even arguments that coronavirus promotes globalization, whether related to production or sales, or to the outcome of unintended consequences.

At Orgit, we are problem solvers, next-generation thinkers, and efficiency aficionados. Operating at both local and global scales, Orgit offers comprehensive solutions packages developed by in-house industry experts, tested against real-world scenarios, and designed for the changing supply chain. Learn more about Orgit’s solutions or get in touch with our experts today. 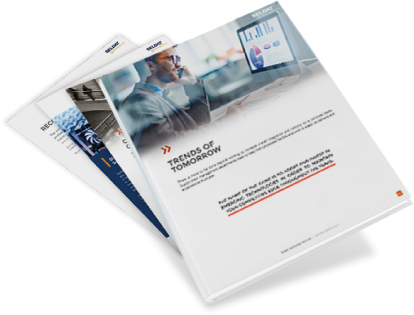 Do you want more tips & tricks for your Supply Chain activities?

Real talk: the right way to digitize your warehouse

With A BPO Vendor, Focus on Your Core Offerings

9 Facts About the WMS Market

Orgit Releases WMS360™ in Asia-Pacific and Expands its Footprint with New Office in Vie ...

Looking for something in particular?

Benefits of automation and digitization in supply chain management and logistics

How to Streamline Operations with SCM Software